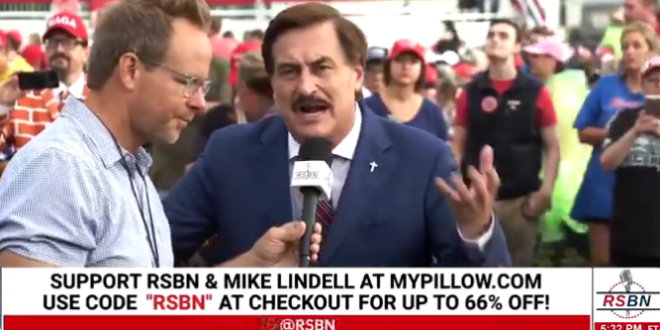 Though August 13th passed without any developments and his South Dakota “cyber symposium” fell flat, the infamous MyPillow CEO is still in Trump’s good graces — earning a glowing endorsement from the previous commander-in-chief at a packed rally in Cullman, Alabama, Saturday night.

Lindell was even given a prominent speaking slot at the event, using the time to rail against Fox News for ignoring him while continuing to promote a variety of debunked election-related conspiracies.

In a side interview with the Right Side Broadcasting Network (RSBN) before his speech, Lindell also claimed that Trump would be reinstated by the end of the calendar year.

After missing his August 13th deadline for a Trump re-installment, Mike Lindell says that Trump will still be back in office by the end of 2021. pic.twitter.com/5HDA7xItfQ