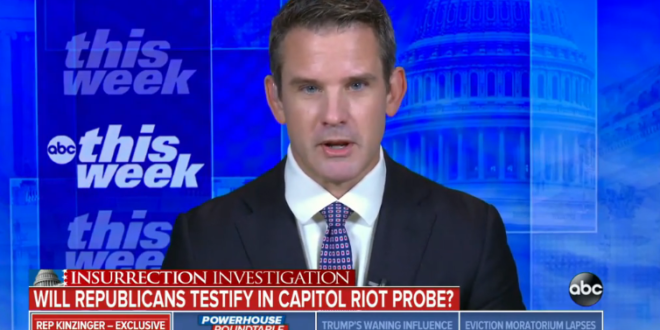 “I want to know what the president was doing every moment of that day after he said, ‘I’m going to walk with you to the Capitol.’

“And after Mo Brooks stood up and said, ‘We’re going to kick backside and take names, today’s the day that, you know, patriots take their country back from other people.’

“I want to know what they were doing because that’s going to be important. If anybody’s scared of this investigation, I ask you one question: What are you afraid of?” – Rep. Adam Kinzinger, this morning on ABC This Week.

Previous Fox Host: Delta Is A Plot For Dems To Cheat In 2022
Next Collins Slams “Partisan” House Riot Committee [Video]