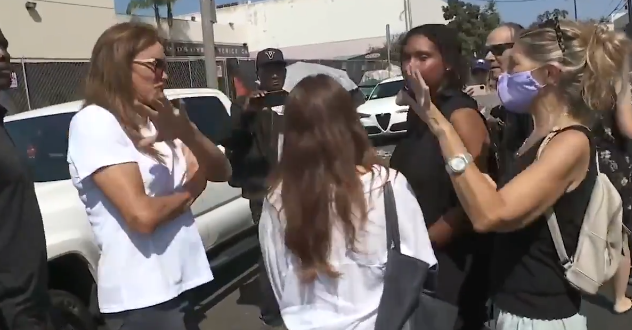 Jenner Returns From Australia To Attack The Homeless

Jenner, whose campaign is reportedly already in debt, kicked off her statewide bus tour with a stroll through a homeless encampment — which was somehow appropriate, considering her strange and privileged preoccupation with California’s homeless population.

Earlier this month, she told KRON 4 that she wanted to move the state’s homeless community — consisting of over 60,000 people — to “big open fields.”

Thus, Jenner’s saunter through a Venice Beach homeless encampment — whilst criticising them — as a campaign event seems fitting. “I was already seeing, you know, campers. Where do they get these dilapidated campers?” Jenner asks the crowd in a judgmental tone.

Jenner just arrived back from Australia after weeks of filming Big Brother — in which she was paid a handsome fee — and one of her first orders of business is to sneer at the poors. https://t.co/M1BWnlZcg9

A protester criticizes Caitlyn Jenner’s tour of the homeless encampments in Venice, CA:

“We’re talking about people, human beings sleeping on the sidewalk. Where are you gonna put them?” pic.twitter.com/Vy116Lasca