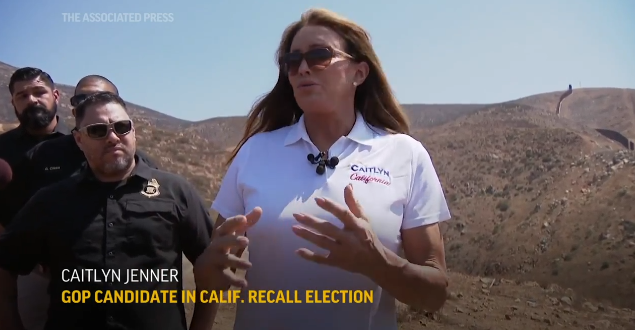 Former reality star and California gubernatorial candidate Caitlyn Jenner on Friday made a trip to the southern border wall in San Diego, touting her plans for border control should she be elected governor of the state in the upcoming recall election.

“We don’t have a state, we do not have a country unless we have a secure border,” Jenner said. “Bottom line. That’s it.”

Jenner pledged to “fill in the gaps” at the border wall by providing more resources with state funds, while simultaneously slamming current Gov. Gavin Newsom’s (D) approach to mitigate the recent influx in border crossings.

At border now and people illegally entering! As governor I will finish the wall with state funds! @GavinNewsom has failed us allowing illegal immigration to run rampant in our state pic.twitter.com/SPd2gYhruj

Previous Haiti Struck By 7.2 Magnitude Quake, Major Damage
Next Lindell “Attacker” Was Selfie-Seeker Who “Poked” Him