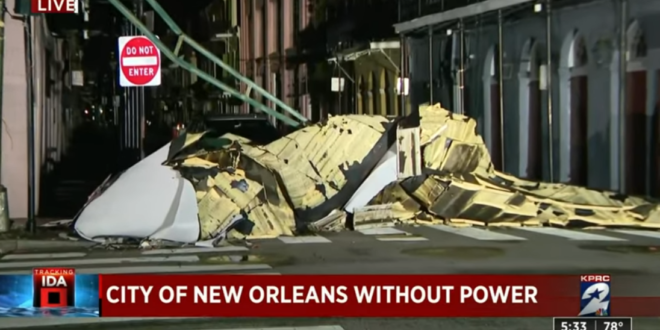 Ida Leaves All Of New Orleans Without Power [VIDEO]

A slow-moving Hurricane Ida has left all of Orleans Parish customers without power due to “catastrophic transmission damage,” according to Entergy New Orleans.

The intense storm had caused all eight transmission lines into the New Orleans area to go down, spokesman Brandon Scardigli said in an emailed statement. That created a load imbalance that knocked all power generation in the region offline, Scardigli said.

The company is working to “assess a path forward to restore power to those who can take it” – apparently meaning those who hadn’t lost electricity for other reasons during the storm – but those repairs would not be completed Sunday night, Scardigli said.

JUST IN: Hurricane Ida has left all of New Orleans without power due to “catastrophic transmission damage,” according to Entergy New Orleans.https://t.co/RdkgVmqDKW