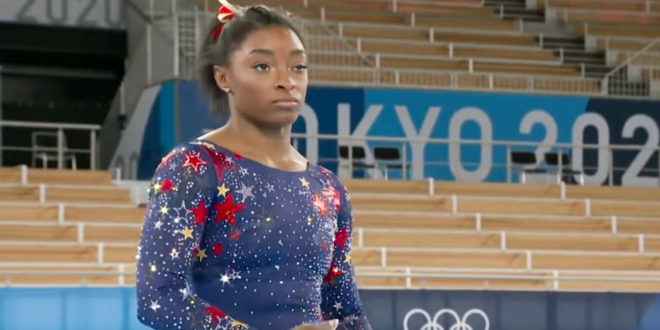 Simone Biles made a rousing return to these Olympics, with a last-chance last stand on the balance beam that garnered her a bronze medal, her record-tying seventh and almost certainly final career medal.

Biles delivered a steady, strong routine and while she was, no doubt, trying to win gold, this was as much about competing, and overcoming, than anything else. That a medal came in the end was an added bonus.

That’s her seventh career Olympic medal, tying her with Shannon Miller for the most by any athlete in gymnastics in Team USA history 🐐 pic.twitter.com/fvdiVW6j0Z

The 🐐 got it done. @Simone_Biles returns to win bronze on beam. #TokyoOlympics pic.twitter.com/oFe4MH3cMl

Simone Biles finished her Tokyo Olympics on a high note today, winning bronze in the balance beam and tying Shannon Miller for the most Olympic medals ever won by an American gymnast: https://t.co/vmitSG4bHj pic.twitter.com/LcVJ4Erbyg