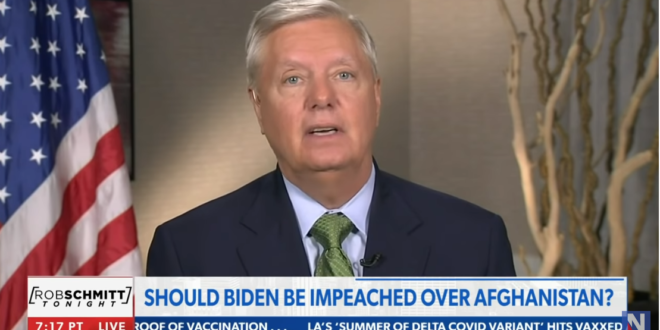 Graham: Biden Should Be Impeached For Afghanistan

“I think Joe Biden deserves to be impeached because he’s abandoned thousands of Afghans who fought with us and he’s going to abandon some American citizens because he capitulated to the Taliban to a 31 August deadline,” he added.

Biden said his administration will stick to the Aug. 31 deadline he set earlier in the year to withdraw all U.S. troops from the area. The U.S. has already evacuated tens of thousands of Afghan allies and U.S. citizens from the region.