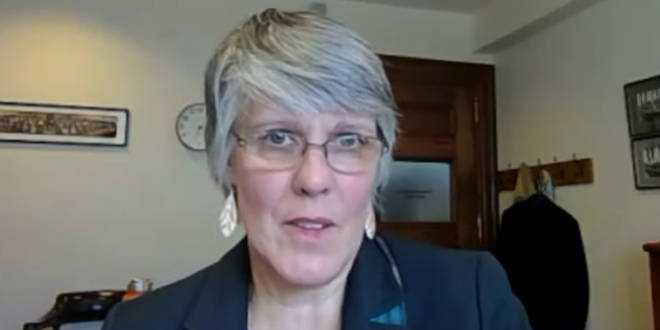 A group of Maine Democrats wants a state Republican lawmaker to resign over comments in which she compared vaccine mandates for healthcare workers to the Nazi doctor known as the “Angel of Death” for experiments on Jews during the Holocaust.

The state lawmaker made her claims during a rally in front of the State House after the governor announced a vaccine mandate for healthcare workers. “Do I need to remind you of the late 1930s and into the ’40s in Germany and the experiments with Josef Mengele? What was it? A shot? These were crimes against humanity.”

The New England chapter of the Anti-Defamation League also has called on Sampson to apologize for her remarks.

A group of Maine Democrats are calling on Republican Rep. Heidi Sampson to resign for comparing the governor to the Nazi “Angel of Death.” (@bangordailynews)https://t.co/EdxTNbSjw9