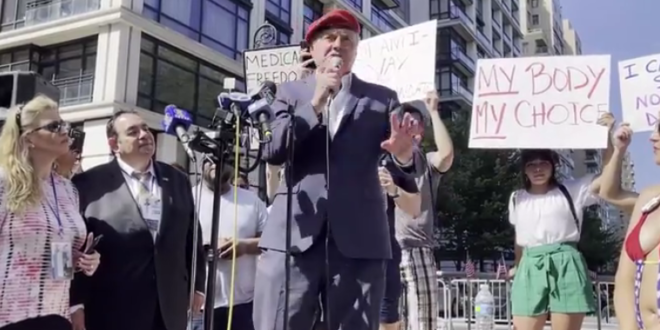 “Let people have individual rights and freedom — and not the boot, crushing the life out of our economic system, your ability to raise your families,” Sliwa said during the rally, which was held a block from de Blasio’s home base of Grace Mansion.

Also at the rally were Andrea Catsimatidis, head of the Manhattan Republican Party, and Andrew Giuliani, the son of former Mayor Rudy Giuliani and a GOPer running for governor.