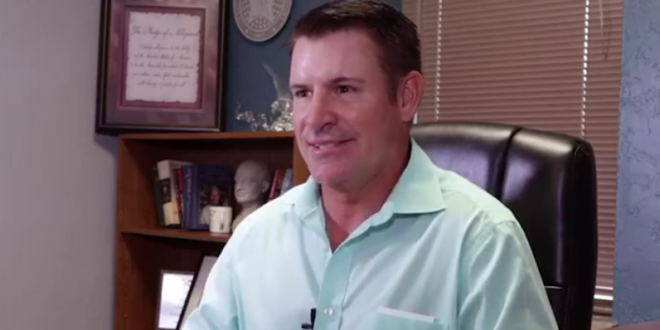 On Friday, John Bennett, the chairman of the Oklahoma Republican Party, posted on the group’s Facebook page and made a striking comparison: Private companies requiring employees to get the vaccine, he said, are just as bad as the Nazis forcing Jews to sew the yellow Star of David onto their clothes.

Despite the stark disapproval from his colleagues, Bennett defended his claims in the video he posted Sunday afternoon and refused to apologize.

Oklahoma GOP leader compares vaccine mandates to the Holocaust: “Take away the star and add a vaccine passport” https://t.co/CrW5Odh8u0