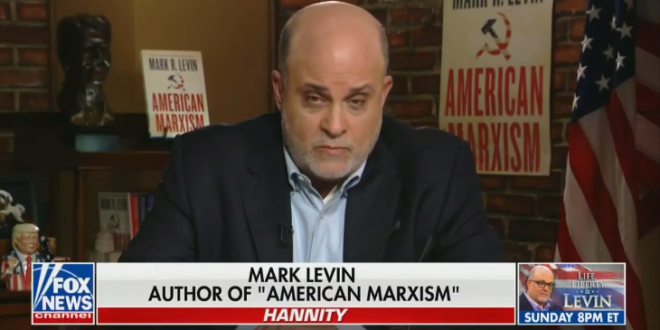 Fox Host Mark Levin: Every GOP Senator Who Voted For Infrastructure Bill Must Be Ousted, They Chose Tyranny

Fox News host Mark Levin said Tuesday that every Republican senator who voted for the bipartisan infrastructure bill should be primaried and ousted. 19 Republicans, including Mitch McConnell and Lindsey Graham, voted for the $1.2 trillion package.

After Sean Hannity made a comment about being on the side of liberty, Levin said, “We choose liberty, but the 19 Republicans in the Senate chose tyranny.” He railed against some of the provisions in the bill, called President Joe Biden “a human pandemic,” and even said there should be a “new tea party movement.”

Previous Giuliani Reduced To Selling Messages On Cameo
Next Ingraham: Masks Only Work In “Surgical Settings”