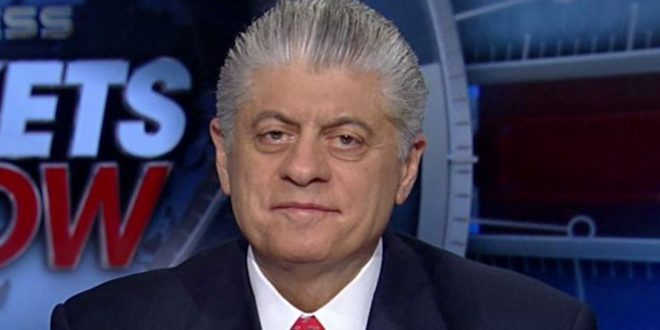 Andrew Napolitano is out as a contributor at Fox News as he faces allegations of sexual harassment contained in a lawsuit against the network filed Monday.

Fawcett, 27, alleges that during a 2019 interaction in an elevator at Fox News headquarters, Napolitano stood “awkwardly close” to him and began stroking his arm. Napolitano told Fawcett he could come visit him on his horse farm in New Jersey and “suggestively” said his hands “get really dirty,” according to the lawsuit.

Read the full article. Earlier today I noted that Napolitano, who has never come out, was sued for sexual assault last year by two men, one of whom claims he was promised a lenient sentence in return for performing oral sex.

Fox News revealed that it has parted ways with contributor Judge Andrew Napolitano after a sexual harassment lawsuit filed by a production assistant. https://t.co/9j1CqJ6zK6

Previous NC State Rep Wants To Ban Child Marriage But Other Reps Won’t Back His Bill Because They Married Minors
Next CHATTER AWAY: Overnight Open Thread