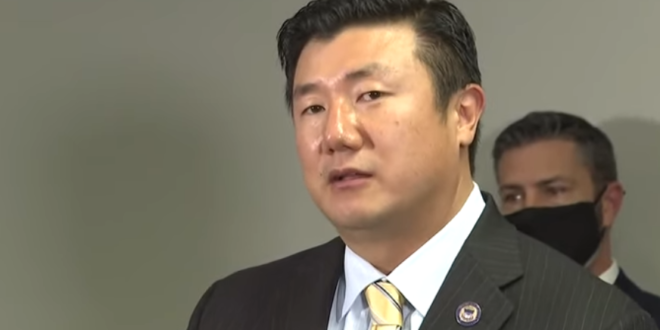 Ex-US Attorney: I Resigned Because Trump Was Going To Fire Me Because I Wouldn’t Lie About GA Election

Byung J. Pak, a former U.S. attorney in Atlanta, told congressional investigators on Wednesday that his abrupt resignation in January had been prompted by Justice Department officials’ warning that President Donald J. Trump intended to fire him for refusing to say that widespread voter fraud had been found in Georgia, according to a person familiar with his testimony.

Mr. Pak, who provided more than three hours of closed-door testimony to the Senate Judiciary Committee, stepped down with no notice on Jan. 4, saying that he had done his best “to be thoughtful and consistent, and to provide justice for my fellow citizens in a fair, effective and efficient manner.” Mr. Pak testified that top department officials had made clear that Mr. Trump intended to fire him,the person said. Resigning would pre-empt a public dismissal.

BJ Pak, the former Atlanta US Atty, told the Senate Judiciary Committee that he abruptly resigned bc Trump intended to fire him for refusing to say GA had been impacted by widespread voter fraud, and the FBI did not find evidence to support Trump’s claims https://t.co/7fUMiGPwia