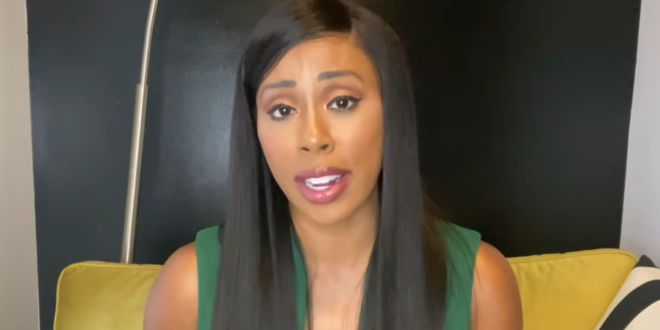 Kimberly Klacik, a former Republican congressional candidate in Maryland, is suing conservative commentator Candace Owens for $20 million in damages over an Instagram video Owens made in June in which she alleged Klacik had committed campaign fraud, money laundering, illegally used drugs and was a “madame” of a strip club, according to court documents.

The lawsuit alleges Klacik lost a book deal, had politicians cancel fundraising appearances with her and lost a contract with a “nationally recognized vendor,” after Owens posted the video June 22. In the 44-minute Instagram live video, Owens said Klacik’s charity Potential Me was illegitimate, that Klacik was a stripper at a club owned by her husband and that she misused campaign funds, according to the lawsuit.

Read the full article. Klacik first appeared on JMG in 2019 when Trump posted 19 tweets about her in a single day in response to her campaign videos claiming that late Rep. Elijah Cummings’ Baltimore district was a rat-infested “garbage dump.” Klacik lost the election to now-Rep. Kweisi Mfume by over 40 points.

Occasional host of Fox’s Outnumbered sues frequent Tucker Carlson Tonight guest, saying that the latter falsely accused her of campaign fraud, money laundering, illegally drug use, and serving as the “madame” of a strip club https://t.co/tfHhVP8E9U

Previous Hawaii Gov: “Not A Good Time To Travel To The Islands”
Next Dem Moderates Stall Biden’s $3.5T Budget Plan