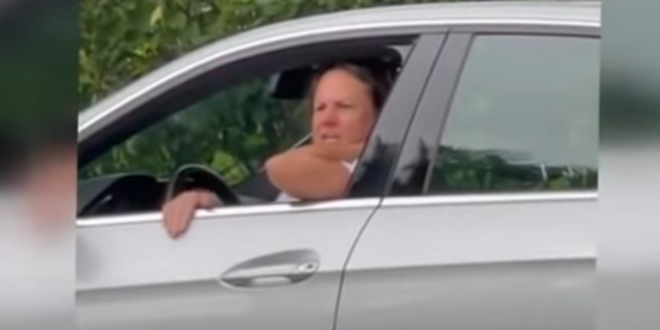 The woman caught on camera yelling racist insults at a mother and kids was placed on administrative leave by the Collier County School District. According to CCPS’ staff email directory, Patricia Schmidt is employed as an Exceptional Student Education (ESE) Specialist at Lely Elementary School.

The video shows Schmidt mocking the child behind the camera Saturday in the Kings Lake neighborhood. She said, “your son must be special ed. He’s a r—-d. Your son is a r—-d.”

The mother said they were standing on a public sidewalk. Neighbors say Schmidt believed they were trespassing. She was then seen in the video dishing racist remarks to the child. “Are they your mulatto kids? You had sex with a black guy? Your kids are half breeds. Look at them,” Schmidt said.