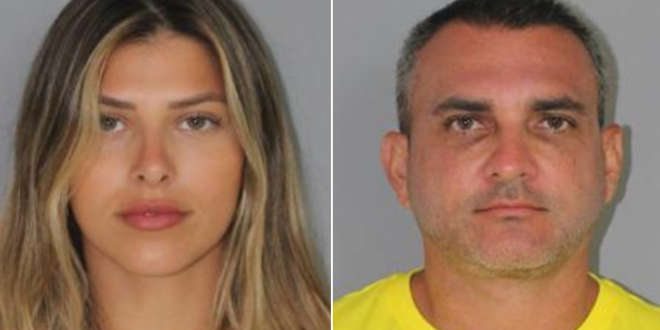 A couple from Miami Beach was arrested in Hawaii last week after police say they attempted to use fake vaccination cards to travel into the island for a family vacation. Enzo Dalmazzo, 43, and Daniela Dalmazzo, 31, were charged with falsifying a vaccine card, with Daniela facing an additional two counts for submitting fake documents for their two children, according to complaints filed by the Hawaii Attorney General’s office.

Court documents show the couple was arrested on Aug. 11 after an airport screener became suspicious about the children’s vaccine cards due to their age. The two kids were born in 2016 and 2017, and are too young to have been inoculated with any of the three vaccines currently approved for emergency use in the U.S. Falsifying a vaccination card can result in a fine of up to $5,000, up to a year in prison or both. The couple was cited a total of $8,000 and posted bail.

Enzo and Daniela Dalmazzo from Miami Beach started their dream vacation at a Hawaii jail after they arrived with fake vaccine cards for themselves and two children. HI requires either proof of vax or negative test, but Enzo decided fake cards was the way to go. pic.twitter.com/g4x1UK8b4Y