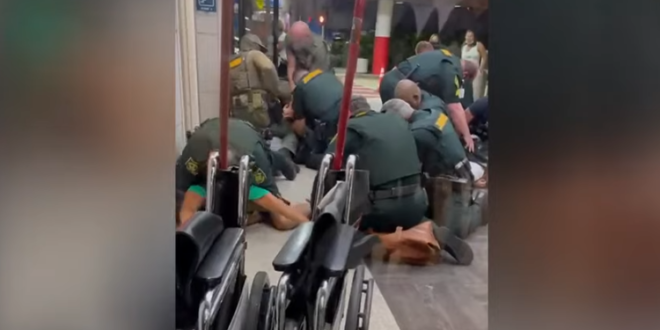 Five people were told to leave a Spirit Airlines flight out of Fort Lauderdale Friday night after they refused to wear masks inside the plane, according to the Broward Sheriff’s Office. After they left the plane, the disruption continued to spill over inside Terminal 4 when BSO deputies arrived.

That’s when two of the men were arrested after reportedly shoving deputies and the other three also taken into custody.

Spirit Airlines personnel had reportedly asked the men identified as William J. Lloyd, 53, Drake William Loyd, 24, Michael A. Lloyd, 23, John Anthony Bruce, 24, and Matthew L. Novak, 24, to leave the plane over what the airline described as a “mask violation” inside the aircraft. All were from New Jersey.