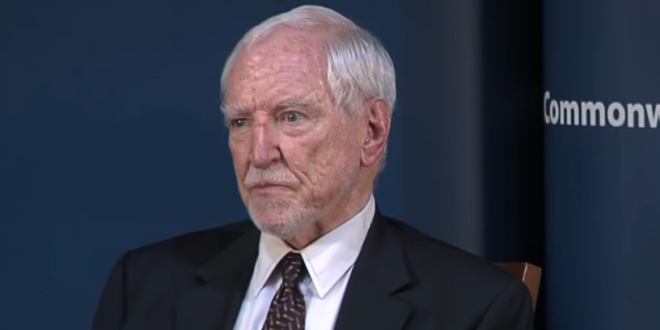 James Hormel, a San Franciscan who became the nation’s first gay ambassador and later a prolific philanthropist, died Friday. Hormel, who was 88, was appointed as the U.S. ambassador to Luxembourg in 1997 by then-President Bill Clinton. He was the first openly gay person to be nominated to an ambassadorship, and faced down a nationwide conservative campaign to block his confirmation.

Hormel, an heir to Hormel Foods, later became a philanthropist, helping fund the James C. Hormel LGBTQIA Center at the San Francisco Public Library, the AIDS Memorial Grove and the Human Rights campaign. “We are deeply saddened by the passing of Ambassador Jim Hormel,” Clinton and former Secretary of State Hillary Clinton said in a statement published in the Bay Area Reporter, the first to report Hormel’s death.

San Francisco lost a great friend today. A philanthropist, civil rights pioneer and loving spouse and father, James Hormel lived an extraordinary life and will be deeply missed by many. I had the pleasure of working closely with him on several issues, most notably on the 1984 Democratic National Convention in San Francisco. I will miss his kind heart and generous spirit. It’s those qualities that made him such an inspirational figure and beloved part of our city.

It is with the deepest sadness and the greatest appreciation for his unsurpassed contributions to our country and society that I learned of the passing of Ambassador Hormel. We will dearly miss him in San Francisco, in our nation and around the world. When the AIDS epidemic descended upon San Francisco, he called on our conscience and rallied the city to help our neighbors suffering from the ferocious disease. His work served as a model for national policy to defeat HIV/AIDS and improve the lives of all affected.

Today we mourn the loss of a giant: Amb. James Hormel, a passionate advocate for equality and trailblazer who served as the first openly gay U.S. Ambassador. Our hearts are with his husband Michael and his family. PFLAGers everywhere will strive to follow his extraordinary lead. pic.twitter.com/a0KnwJjU0M

James Hormel was a heroic person full of courage, humor and generosity.

He understood that building power among young people was critical to the future of our democracy.

Jim was a truly kind and lovely soul, and his loss will be felt deeply.

Keeping his family in my prayers.

Ambassador James Hormel was the behind-the-scenes architect of the LGBTQ Civil Rights Movement for generations. His vision, drive and generosity made it possible for us to see monumental change in our lifetime. https://t.co/QGLCcWTDPa

Ambassador James Hormel was an LGBTQ+ advocate, a People For board member – and more importantly, a truly kind and lovely soul. His loss will be felt deeply.

James Catherwood Hormel, a renowned philanthropist and the first openly LGBTQ person to represent the United States as an ambassador, passed away peacefully in San Francisco Friday morning. He was 88. https://t.co/9rcW7MUIRz