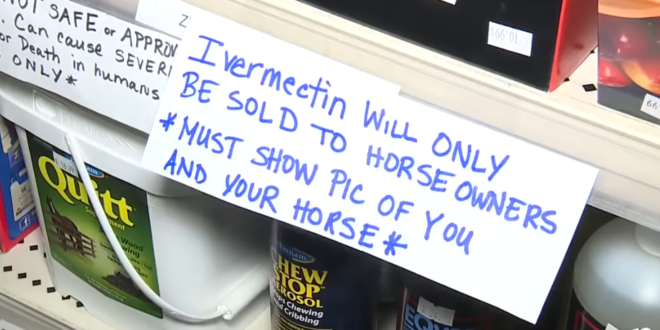 “I had a gentleman come in, he was an older gentleman, he told me that his wife wanted him to be on the ivermectin plan. I immediately brought him over here, because at that time I had this sign hung up, and I told him this isn’t safe for you to take,” said Smith.

“And he says, ‘well we’ve been taking it and my only side effect is I can’t see in the morning.’ That’s a big side effect, so you probably shouldn’t take it.” Which is why she hung a second sign now requiring customers to present a picture of their horse before buying ivermectin.