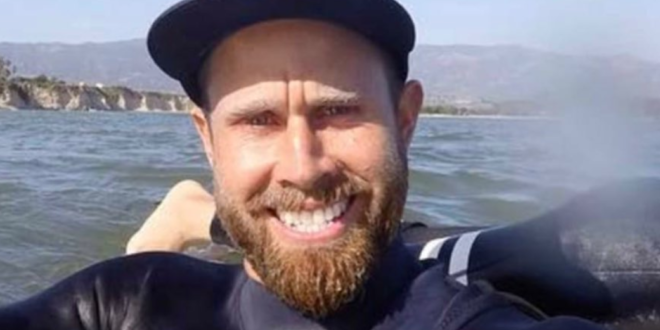 A California surf instructor and told federal investigators that he killed his two young children on a trip to Mexico because he believed that his wife had “serpent DNA” and that his children would turn into monsters, according to a criminal complaint filed in the Central District of California on Wednesday.

According to the criminal complaint, Matthew Taylor Coleman, 40, was charged with the foreign murder of US nationals, relating to the deaths of his 2-year-old son and 10-month-old daughter.

Coleman told investigators that he was “enlightened by Qanon and Illuminati conspiracy theories,” and that he was “receiving visions and signs,” and “saving the world from monsters,” believing that his wife possessed serpent DNA and passed it on to his children, according to the complaint filed by FBI agent Jennifer Bannon.

A Santa Barbara surfing school owner was charged Wednesday with killing his two young children with a spear gun in Mexico. Prosecutors say he confessed to FBI agents that he murdered them because he believed they would grow up into monsters. https://t.co/7MG02NfjZE pic.twitter.com/N3XiRPUrXd

California surf school owner Matthew Taylor Coleman killed his 2 young children in Mexico because he was influenced by QAnon and Illuminati conspiracy theories to believe his wife had infected them with “serpent DNA” and they were monsters, the FBI says: https://t.co/WfBkv5pkbh pic.twitter.com/TPPY3YlnpF

QAnon-believing man allegedly killed his kids because he thought they had “serpent DNA.” https://t.co/Nf5P9Jb7ol pic.twitter.com/SB8U8xB0Vo

A man who believes in the deranged QAnon conspiracy theory killed his own kids with a speargun in Mexico because he thought they were going to develop into lizard people. This conspiratorial trash—spread by some Republicans in Congress—is *so* dangerous. https://t.co/RD5Fj79WV7