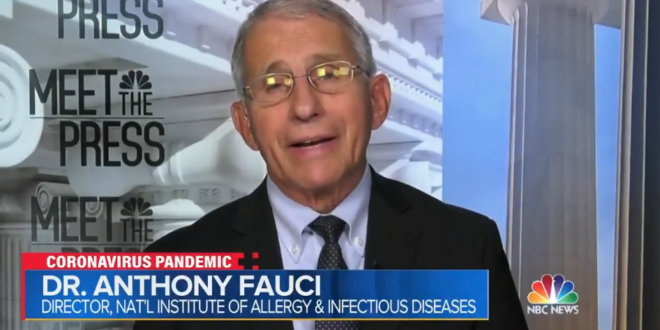 “We’re still planning on eight months. That was the calculation we made. This rollout will start on the week of September the 20th. But as we’ve said all along, Chuck, in the original statement, that’s the plan that we have, but we are open to data as they come in,” Fauci told NBC’s Chuck Todd on “Meet The Press.”

“The question raised is: Should it be shorter than eight months? Should it be as little as five months? And that’s being discussed,” Biden said on Friday.

WATCH: Dr. Anthony Fauci tells #MTP “we want to safely get the children back in school.”