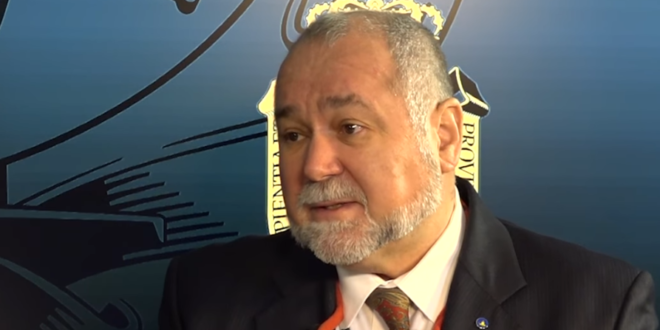 Lets start with this from two weeks ago:

A group of Maine lawmakers are condemning the participation of a state Representative in an event hosted by a man who has made several anti-Semitic claims.

53 members of the Legislature signed on to a letter condemning Rep. Heidi Sampson (R-Alfred) for speaking at the event in Belfast on July 27. It was co-organized by Robert David Steele, who the group describes as a “known anti-Semitic conspiracy theorist.”

They say Steele has made claims such as calling “elite Jews” responsible for the Holocaust and writing that Zionists funded 9/11, that they “control the American media,” and that Zionists belong to the “Synagogue of Satan.”

The usual followup is below. Steele last appeared on JMG in 2017 when he told Alex Jones that NASA was kidnapping children and transporting them to secret slave colonies on Mars.

Qanon pusher Robert David Steele has apparently died from Covid. When we interviewed him for the @vice show Qanon: the search for Q he refused to wear a mask and claimed he was the first person to call covid a hoax. So folks wear a mask and get vaccinated, crazy won’t protect you

And for clarification, Robert David Steele led the charge on anti vaccine/covid denialism, and I believe he is therefore likely responsible for more American deaths than say Osama Bin Laden, so no I’m not saying this is sad news.

Robert David Steele, a former CIA officer who dabbled in conspiracy theories and was once a major QAnon promoter, sadly passed away aged 69 today. Tragically, up until the last minute he did not believe he had Covid or that getting vaccinated could have prevented his death. pic.twitter.com/QiR5vDvjJe

Mark Tassi today is announcing the death of his friend, former CIA officer Robert David Steele, of covid. Steele was a frequent guest on Alex Jones, and known for his vaccine, 9/11, and Sandy Hook conspiracies. Naturally, Tassi has a conspiracy that the hospital killed Steele. pic.twitter.com/4Ky5K8bVKe

MAGA patriots are not taking the news of Robert David Steele’s death from Covid well. pic.twitter.com/U58tQfdiPW

ROBERT DAVID STEELE PASSED AWAY – RIP- TILL WE MEET AGAIN 💔😢 We don’t have any more details at the moment.I will say that they probably killed him by giving him a heart attack. His stance on Pedophilia and work to out the truth, that would be the main reason they killed him. pic.twitter.com/ITNofbMnaU

Here are a few clips from his latest self-promoting Russia cancer, starring @JosephJFlynn1 and @Bill_Binney

His actual pitch is: “We have ALL THE DATA, so put us in charge so we can execute whoever we want.” pic.twitter.com/GwKWig5DuC