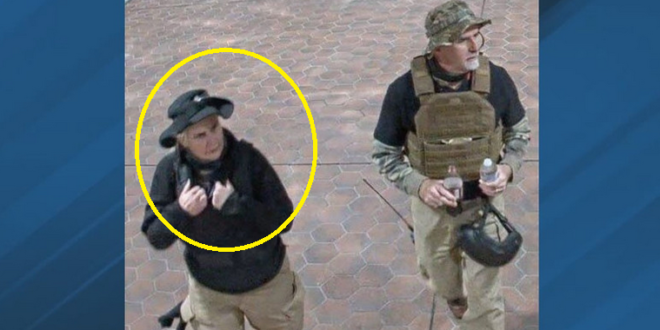 Laura Steele, a Thomasville resident and former High Point police officer arrested in connection to the Capitol riot, faces additional charges after prosecutors say she burned evidence the day after the attack on the Capitol.

Steele and her brother, Graydon Young, returned to Steele’s home in Thomasville following the Capitol riot. On Jan. 7, the day after the attack, they set up a burn pit in Steele’s backyard to destroy evidence of their involvement in the Capitol riot, according to court documents. The documents allege that evidence they destroyed included the clothes they wore when the attack occurred.

Steele is being charged in a group of 18 total people who are thought to be associated with the Oath Keepers militia group, which is largely made up of former military and law enforcement officers.

#CapitolRiot: FL Oath Keeper Graydon Young was the first member co-defendant to agree to a plea. He joined the militia group in December, and then helped recruit his sister, Laura Steele (also charged in the case). He faces 63-78 months in prison. @wusa9 https://t.co/CEpJbrY0pD