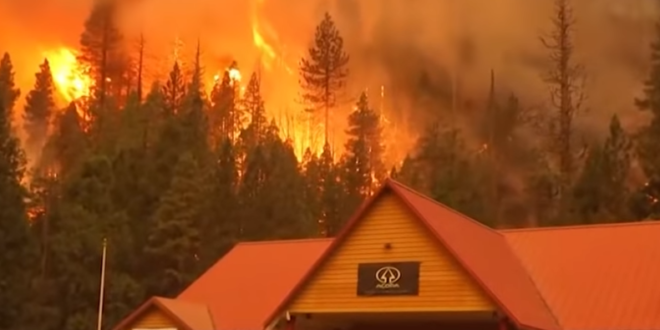 By nightfall, all residents on the California side of the Lake Tahoe Basin were warned to evacuate the region, after fire officials had stressed for days that protecting the area was their top firefighting priority.

The forecast did not offer optimism: triple-digit temperatures were possible and the extreme heat was expected to last several days. A red flag warning for critical fire conditions was issued for Monday and Tuesday across the Northern Sierra.