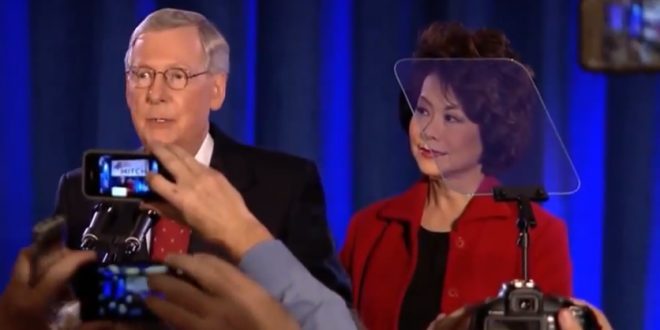 Elaine Chao Named To Kroger’s Board Of Directors

Cincinnati-based Kroger is naming former U.S. Transportation Secretary Elaine Chao to its board of directors. Chao was elected to serve until the board’s annual meeting next June, when she’ll stand for election by shareholders.

Chao also served as the U.S. labor secretary under President George W. Bush, becoming the first woman of Asian descent to serve in a presidential cabinet. She previously held top positions with the United Way and the Peace Corps.

An Inspector General report released in March found Chao repeatedly used her position and agency staff during her time with the Trump administration to help family members who run a shipping business with ties to China, in potential violation of federal ethics laws.

Read the full article. #BoycottKroger is trending on Twitter. Chao resigned two days after the Capitol riots, ostensibly in protest of Trump’s role.

— Elected Elaine Chao to their board

The former U.S. transportation secretary was elected to serve until the board’s annual meeting next June, when she’ll stand for election by shareholders.