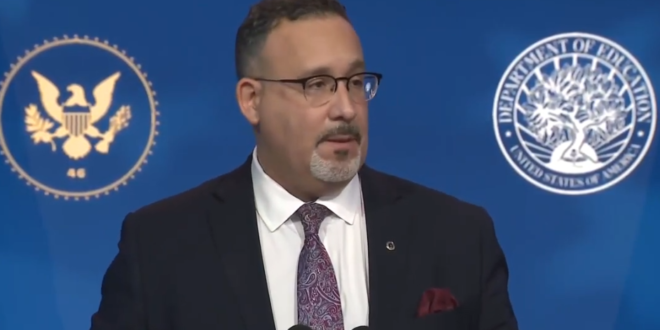 The Education Department announced Monday that it’s investigating five Republican-led states that have banned mask requirements in schools, saying the policies could amount to discrimination against students with disabilities or health conditions.

The department’s Office for Civil Rights sent letters to education chiefs in Iowa, Oklahoma, South Carolina, Tennessee, and Utah. Those states have barred schools from requiring masks among all students and staff, a move that the department says could prevent some students from safely attending school.

“It’s simply unacceptable that state leaders are putting politics over the health and education of the students they took an oath to serve,” Education Secretary Miguel Cardona said in a statement.