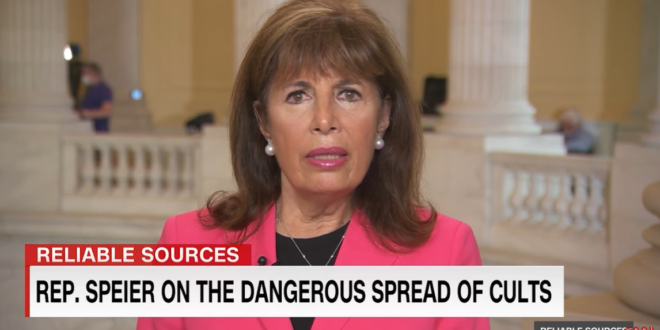 Dem Rep Who Survived Jonestown: The Only Difference Between Jim Jones And Trump Is Social Media [Video]

“You look at Donald Trump, a charismatic leader, who was able to continue to talk in terms that appealed to those who were disaffected, disillusions and who were looking for something, much like those who became part of Jim Jones’ congregation, the Peoples Temple.

“They were lost souls, and the only difference between Jim Jones and Donald Trump is the fact that we now have social media. So all these people can find themselves in ways that they couldn’t find themselves before.

“The big lie has now been embraced by the majority of members on the Republican side in the House of Representatives. They are now paralyzed to speak truth. They know that the election was not stolen. They know that it was held properly.

“They know that there was not massive fraud, and yet they will continue to mouth those words because their leader, Donald Trump, wants to hear them.” – Rep. Jackie Speier, who was shot five times by Jonestown cultists during a fact-finding mission with Rep. Leo Ryan, who was murdered.

Previous Gosar’s Siblings: Have You No Shame Or Decency?
Next Hate Group: “The Shots Are Maiming, Paralyzing, And Killing People,” Send Money To Stop Biden’s Mad Quest