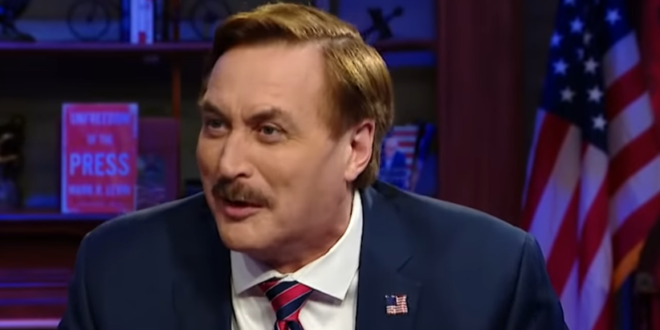 Dominion Voting Systems’ defamation lawsuits against the attorneys Sidney Powell and Rudy Giuliani and MyPillow and its CEO Mike Lindell can move forward, a federal judge ruled Wednesday, dismissing the Trump allies’ motions to have the billion-dollar litigation thrown out over procedural issues and claims that they didn’t defame Dominion with their discredited allegations that the company was involved in election fraud that delivered the presidential election to Joe Biden.

U.S. District Judge Carl J. Nichols threw out Powell, Lindell and Giuliani’s motions to dismiss the lawsuits on every count, striking down Giuliani’s argument that his should be thrown out on more technical procedural grounds as well as Powell and Lindell’s arguments their cases should be moved from Washington, D.C., to courts in Texas and Minnesota if they moved forward.

moments after a federal judge ruled that dominion’s lawsuits against mike lindell, sidney powell, giuliani, and others can proceed, lindell himself hustles off stage pic.twitter.com/rNbK4iyFyJ

Lindell returns to the stage, once again rants about Dominion pic.twitter.com/Gugse7BJiF