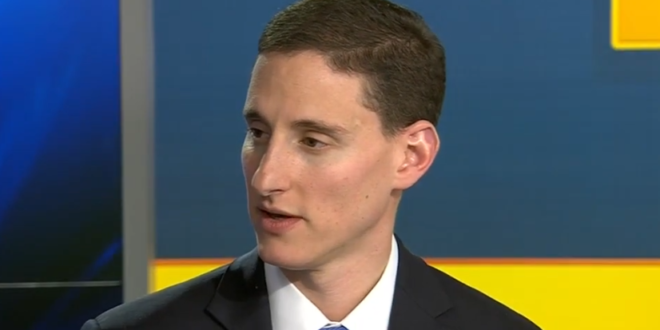 “And for every agency, sub-agency, bureau, department—all these departments we’ve never even heard of in the bowels of the federal government—I’m going to work with people like Rand Paul and Thomas Massie and Jim Jordan and others to try to eliminate all these departments that are never called for in the Constitution.” – Ohio US Senate candidate Josh Mandel.

Mandel, who served two terms as Ohio Treasurer, first appeared on JMG in 2012 when nine members of his own family took out a full-page newspaper ad to condemn his anti-LGBT positions in his first failed Senate campaign.

As you can see below, the power of the federal government to establish post offices is, of course, in the Constitution.

Previous Anti-Vax Extremists Rage At San Diego County Board: “We’re Coming For Every Fucking One Of You” [VIDEO]
Next FL Teacher Suspended After Racist Rant At Kids [VIDEO]