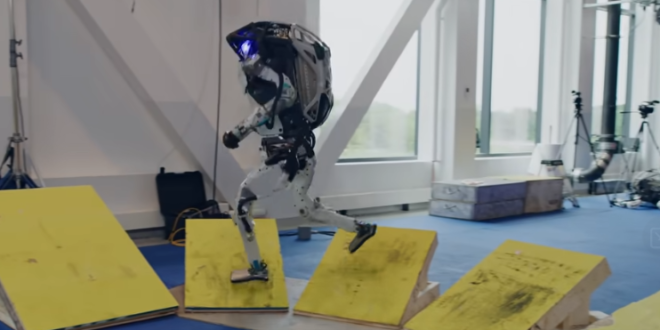 Creepy Robots Do Back Flips And Parkour [VIDEO]

Boston Dynamics, the company known for its robotic dogs, now has a humanoid robot capable of doing gymnastics. The robotics company previously has shown how its robot dogs can go down stairs and open doors.

Some police departments have begun using the robot dogs, typically called Spot, to help patrol. And Atlas, which the company dubbed “the world’s most dynamic humanoid,” showed in an earlier video how the robot can jog and jump over a log.

In a new video, Atlas now can do parkour – a sport of moving through obstacles – jumping and running along uneven platforms. Then, two humanoid robots do synchronized movements including turning, spinning and two flips, mirroring each other moves.

Previous FL To Punish Counties For Mandating Masks In School
Next CHATTER AWAY: Overnight Open Thread