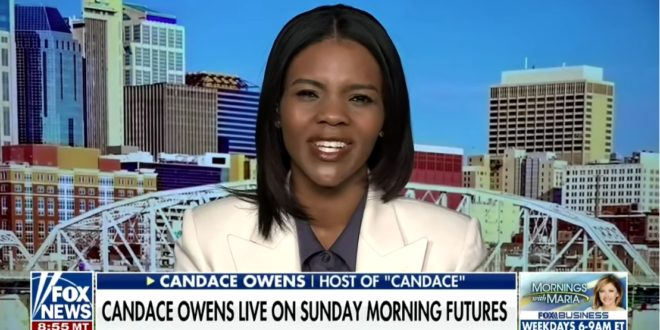 “What I love about this rhetoric is as a D.C. resident who was living there on Jan. 6 – I mean, I was nine months pregnant – I wasn’t there, but a couple of blocks down.

“It’s just hilarious following what was essentially an entire summer of Black Lives Matter burning down our city. And they want me to be fearful about grandmas taking selfies.

“And the reason for this is because Democrats, again, have lost the plot and they know this. This rhetoric isn’t working on anybody. Nobody believes that Jan. 6 was worse than the Civil War.” – Candace Owens, today on Fox News.