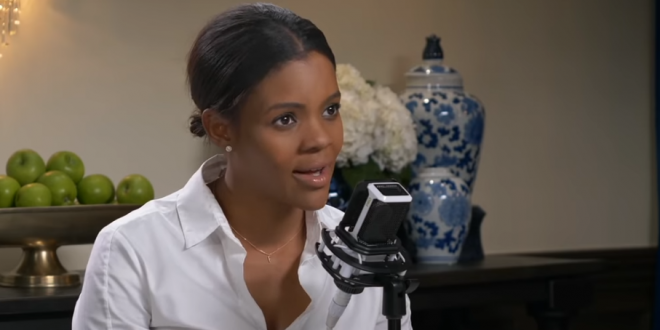 Candace Owens Attacks Ex-NBA Star’s Trans Daughter: There Was An “Absence Of Masculinity” In That Home

Former NBA superstar Dwyane Wade is usually celebrated for the unwavering support of his transgender daughter. But Candace Owens used Wade’s 13-year-old daughter as an opportunity to lash out at his parenting.

“His son now says that he is a woman and Dwyane Wade is…’this is who he’s always been.’ No it’s not!” Owens ranted about Wade’s daughter Zara. “You’re not going to tell me that your child is wearing long nine-inch nails and a belly shirt because that’s just how they came out.”

Read the full article. Audio is at the link. Earlier this week a failed GOP House candidate sued Owens for $20 million over Owens’ claim that she once worked as a “madame.”

Candace Owens Attacks Dwyane Wade’s Parenting Over Trans Daughter: ‘There Was an Absence of Masculinity in That Child’s Life’ https://t.co/ronqUrvtqH