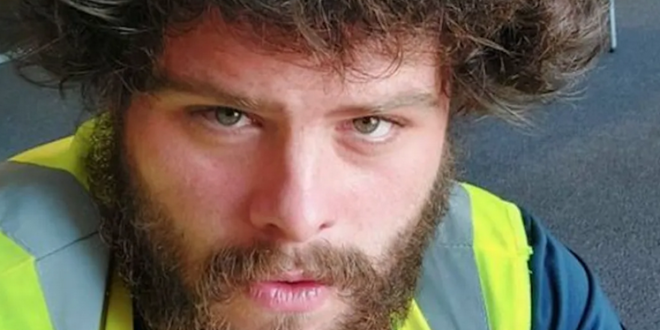 The man suspected of killing five people before turning the gun on himself in a mass shooting in England on Thursday night was an incel Trump supporter who posted about “devil worshipers” in government.

The suspected shooter has been named by police as Jake Davison, a 22-year-old who is reported to have worked in construction. Davison allegedly killed two women, two men and one victim who officers described as a “very young girl,” during the rampage in Plymouth.

Before the shooting, Davison expressed his admiration for Donald Trump on Facebook and posted multiple self-pitying YouTube videos in which he identified himself as part of the incel community.

In the online videos Davison said he was socially isolated, struggled to meet women and made references to “incels” – the misogynistic online groups of “involuntary celibate” men, who blame women for their sexual failings and who have been linked to a number of violent acts around the world.

Signing off on an 11-minute video, which appears to be the last he posted, Davison said: “I know it’s a movie but I like to think sometimes I’m the Terminator or something. Despite reaching almost total system failure he keeps trying to accomplish his mission.”

Jake Davison, who has been named as the man who shot dead five people, posted a handful of vlogs under the name of “Professor Waffle”.

In his last vlog post on 28 July, he complained about his physical appearance said all the things he had wanted to do in life had “amounted to nothing” and that he had been “beaten down by life”. His channel was subscribed to gun-related accounts and another named Incel TV, which features content related to “involuntary celibacy”.

It was the first mass shooting in Britain since June 2010, when taxi driver Derrick Bird killed 12 people and injured 11 others in Cumbria.

Davison, who claimed to be from Arizona, reportedly was obsessed with American conservative politics, following Trump and all of his children on Facebook, as well as other right-wing accounts including those belonging to Texas Republican Sen. Ted Cruz, the NRA and “Ted Nugent for Senate.”

“Trump has proved time and time again he is indeed for the people,” Davison wrote on Facebook in 2018. “You may not agree with his political views (I do) but he is different from the scum like Hillary or the people running our country like the neo-con sellout that is [then-British Prime Minister] Theresa May.

UK: Jake Davison, 22 kills five people – including a 3 year old after posting on social media he was a virgin who was suffering from depression and wanted a girlfriend. Britain’s deadliest mass shooting in more than a decade.#MassShooting @CBS46 pic.twitter.com/7BTPnjsTpR

Gunman who killed five people in Plymouth, UK, before turning the weapon on himself named locally as Jake Davison https://t.co/EHdCG7IT2d