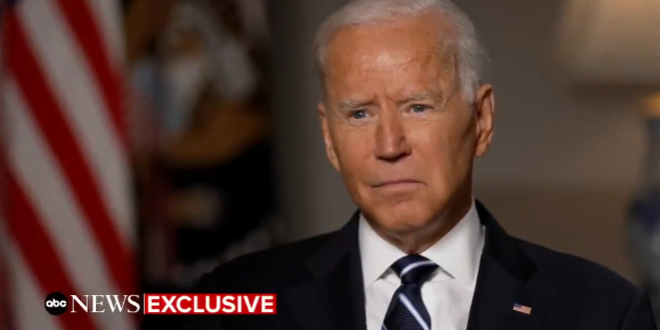 Biden: Troops Will Stay Until All Americans Are Out

“If there’s American citizens left, we’re going to stay until we get them all out,” Biden told ABC News anchor George Stephanopoulos in an interview.

Biden’s commitment comes as government officials have estimated there are more than 10,000 Americans still in Afghanistan as the U.S. drawdown nears its completion.

The president vowed that the government will do “everything in our power to get all Americans out and our allies out,” but acknowledged doing so by the end of the month would require significantly increasing the number of individuals evacuated on flights each day.

Biden says troops will stay in Afghanistan until all Americans are out https://t.co/m3RfnTA34S

In an exclusive interview, Pres. Biden tells me that U.S. troops will stay until all Americans are out of Afghanistan, even if past Aug 31 deadline. https://t.co/e62oNVKfHQpic.twitter.com/DPVXoYJgFK