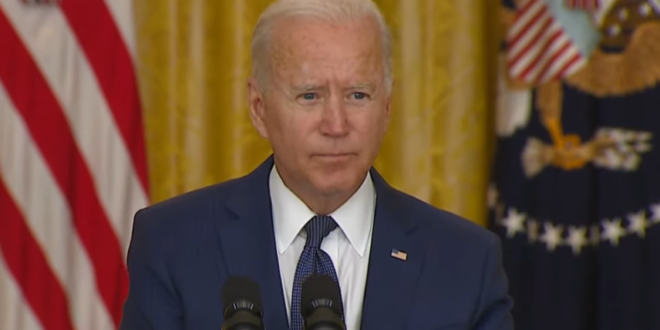 Biden To Pay Respects To Troops Killed In Afghanistan

President Joe Biden is embarking on a solemn journey Sunday to honor and mourn the 13 U.S. troops killed in the suicide attack near the Kabul airport as their remains return to U.S. soil from Afghanistan. Biden was traveling to Dover Air Force Base in Delaware for a “dignified transfer” movement, a military ritual of receiving the remains of fallen troops killed in foreign combat.

Aside from the quiet commands of honor guards who carry the transfer cases, the short prayers of the chaplain typically are the only words spoken during the ritual. Like his three most recent predecessors as presidents, who all attended dignified transfers for troops killed in the nearly 20-year-old Afghanistan war, Biden is expected to meet with the families of the fallen before returning to Washington.

President Biden and First Lady Jill Biden are currently on their way to Dover Air Force Base for the dignified transfer of the 13 US service members killed in Afghanistan this week. It’s one of the most solemn aspects of the presidency.

The president will meet with the families first and then participate in the dignified transfer. He’s expected to spend several hours at Dover, according to his public White House schedule.

WH says 2,900 more people were evacuated from Kabul airport in the last 24 hours

context: when airlift began, US officials aimed to fly as many as 65,000 Afghan allies and the 6,000 remaining Americans out