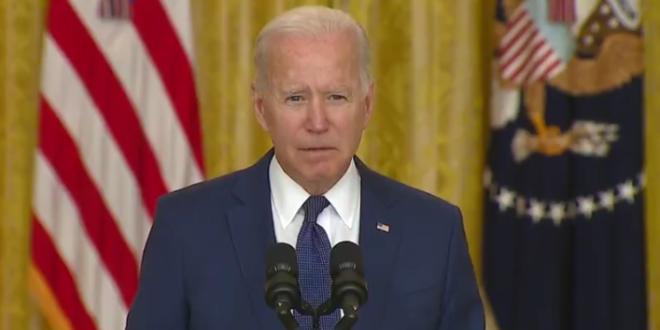 President Biden on Thursday denounced a terrorist attack at the Kabul airport that killed a dozen American service members and injured 15 more, saying that the frantic evacuation of U.S. citizens and allies from Afghanistan will continue even as he pledged to “hunt down” those responsible for the attacks.

“To those who carried out this attack, as well as anyone who wishes America harm, know this: We will not forgive,” the president said. “We will not forget. We will hunt you down and make you pay.”

Mr. Biden said he had asked his commanders to find ways to target ISIS-K, the Afghan affiliate of the Islamic State, which claimed responsibility for the attacks earlier in the day. “We will respond with force of precision at our time, place, we choose in a moment of our choosing,” he said.

President Biden responds to Fox: “I bear responsibility for, fundamentally, all that’s happened of late. But here’s the deal: You know, I wish you’d one day say these things, you know as well as I do, that the former president made a deal with the Taliban.”