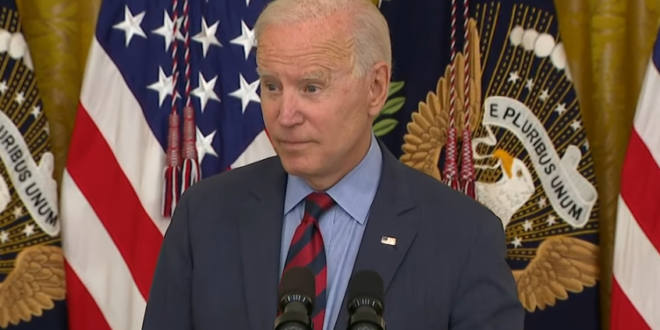 Biden Stands By Call For Cuomo To Resign [VIDEO]

President Joe Biden said New York Governor Andrew Cuomo should resign after a report by the state’s attorney general found that the governor sexually harassed multiple women. Asked whether Biden stands by remarks earlier this year in which he said Cuomo, a close ally, should step down if allegations of sexual harassment were confirmed by the attorney general, Biden said: “Yes.” “I think he should resign,” Biden added.

“I think he should resign.”

— President Biden says he stands by his comments back in March that Gov. Andrew Cuomo (D-NY) should indeed resign. pic.twitter.com/OUwjMazN6w

Most of the NY Congressional Delegation had already called for Andrew Cuomo to resign. Today’s AG report has led to the remaining holdouts to join the chorus.
Reps. Hakeem Jefferies, Tom Suozzi and Gregory Meeks now say it is time for Cuomo to do the “right thing” & resign. pic.twitter.com/w85zC4hkqZ

Sens. Chuck Schumer and Kirsten Gillibrand are among several top New York Democratic lawmakers who have renewed calls for Gov. Andrew Cuomo to resign after an independent investigation concluded that he sexually harassed multiple women.https://t.co/0p8Hmx6MSz