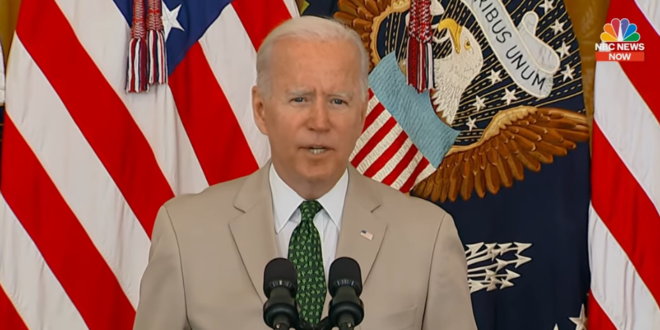 President Joe Biden gave Twitter users a mass flashback to the Obama era by wearing a tan suit to his press conference on the blockbuster July jobs report.

On Friday morning, the president emerged into the East Room to deliver remarks on the stellar July jobs report, as well as to soberly urge Americans to be vigilant and get vaccinated against the coronavirus.

But on Twittter, media figures, journalists, and other verified users — including some Biden officials — went gaga over the suit, which brought flashbacks of former President Barack Obama’s notorious “scandal.”

Read the full article. Obama’s birthday was this week.

Here in the East Room, I’m listening to the president. The subjects are serious – the economy, vaccinations, jobs – but it’s hard to focus, since I was so distracted by his TAN SUIT. pic.twitter.com/uKr9jBUSzX