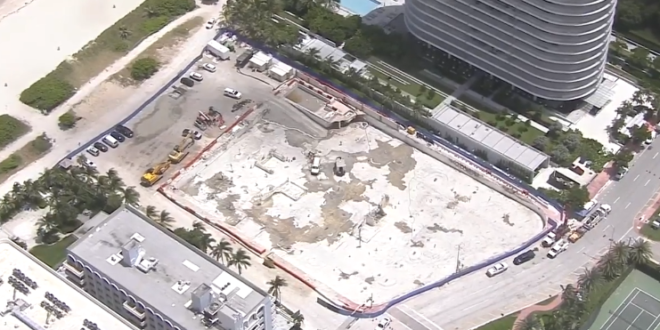 On June 24, the Champlain Towers South building collapsed, killing 98 people. Officials are still in the early stages of determining the cause of the catastrophe.

The town has already received an offer on the property, but what the future holds for this land is in limbo. Some families want to see a memorial where the Champlain Towers South once stood, but a bid of up to $120 million is on the table from a private developer.

There are very few details on who the bidder might be, or their intention for the property if the purchase goes through. Money from the sale would likely be used to compensate victims, as dozens of lawsuits hang in the balance.

An unnamed bidder has offered up to $120 million to buy the site of the Surfside, Florida, building collapse, according to the Miami Herald. https://t.co/l0mvEKD8Kf

Previous Ex-US Attorney: I Resigned Because Trump Was Going To Fire Me Because I Wouldn’t Lie About GA Election
Next Los Angeles To Require Vax Proof For All Indoor Spaces