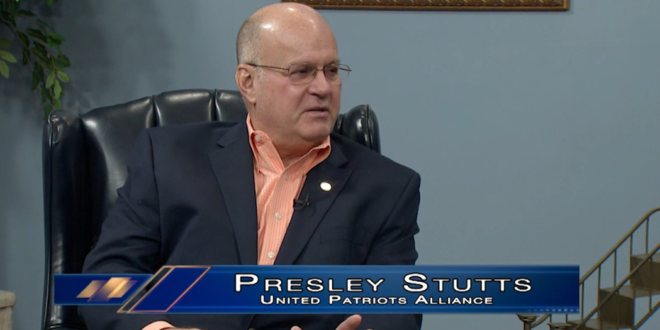 Anti-Vax Tea Party Leader On Ventilator For Something

Pressley Stutts – leader of the Greenville Tea Party and a recently elected South Carolina Republican Party (SCGOP) executive committeeman – was hospitalized late last month with Covid-19 and attendant illnesses and has been battling them ever since.

Stutts has taken a turn for the worse over the last few days – news which took many of his supporters by surprise after he posted a photograph to his Facebook page last Monday touting his progress and noting that he was “cautiously optimistic.”

Neither Stutts nor his wife – who also contracted Covid-19 but has since been released from the hospital – have been vaccinated against the virus. “I prefer dangerous freedom over peaceful slavery,” Stutts noted in a recent Facebook post, quoting Thomas Jefferson.

The response of Lin Wood to the failing health of one of his top South Carolina supporters … pic.twitter.com/HKxrDrIvNW

“You know what? People die every day. They die of car accidents, they die of flu, they die of all types of other diseases, but I’m not putting the economy above anybody’s life.”
Pressley Stutts, who was put on a ventilator today.
https://t.co/Hdt5Y66oum 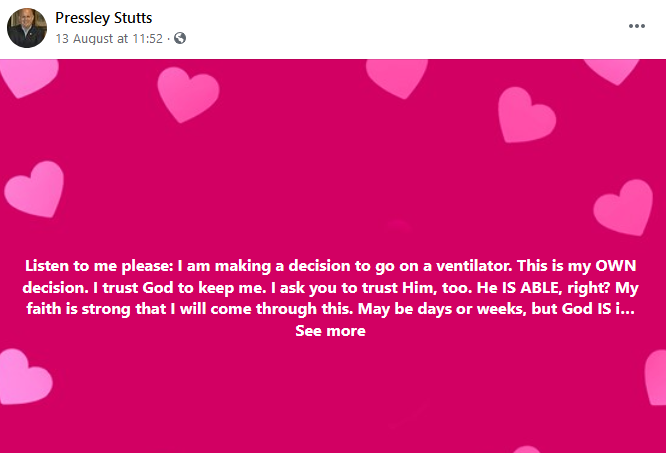