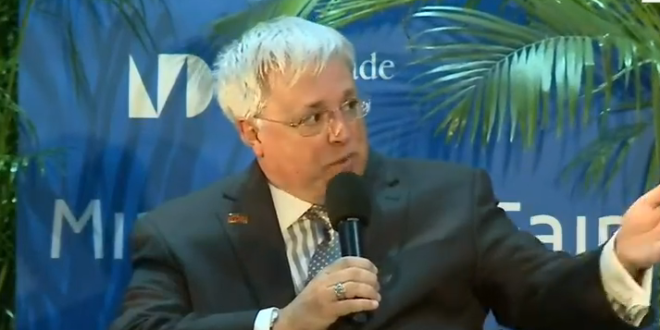 Volusia County Sheriff Mike Chitwood, a longtime guest on Marc Bernier’s WNDB radio show, said a representative of the station confirmed to him that Bernier died Saturday night sometime after 6 p.m.  Bernier had issues with vaccines for years.

Mel Stack, an attorney and friend who regularly advertised on the program, said Bernier’s anti-vaccination views were not based on politics, but personal experience based on how he believed vaccines had impacted people near to him. Bernier’s concerns extended to the COVID-19 vaccines.

It’s with great sadness that WNDB and Southern Stone Communications announce the passing of Marc Bernier, who informed and entertained listeners on WNDB for over 30 years. We kindly ask that privacy is given to Marc’s family during this time of grief. pic.twitter.com/vXQIAtVN9e

Marc Bernier owned the libs. Until he didn’t. pic.twitter.com/q9rad7JXAD

Marc Bernier a prominent anti-vaxxer and conservative radio show host died tonight. This was the last tweet on his feed https://t.co/hzirD5wrGm

Previous VIRAL VIDEO: Man Goes On Violent Rampage At Miami Airport After Being Denied Boarding For Being Drunk
Next Biden To Pay Respects To Troops Killed In Afghanistan