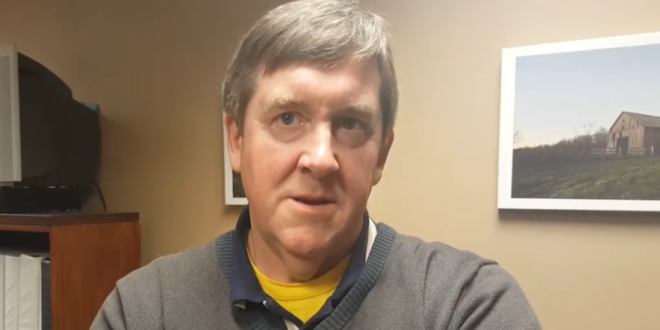 Anti-Vax Husband Of GOP State Rep Dies Of Something

Missouri state Rep. Sara Walsh announced Thursday that her husband has died from COVID-19. They were both unvaccinated and contracted the coronavirus earlier this month. Walsh, who announced her candidacy for for U.S. Rep. Vicky Hartzler’s congressional seat last month, has said she refused to get the COVID-19 jab because it has yet to be approved by the FDA. She did not specify why her husband—Hartzler’s spokesperson—declined to get the vaccine.

Last week Sara Walsh asked to continue an interview by text message due to her uncontrollable coughing.

It saddens my heart to share that this morning my best friend and beloved husband Steve Walsh was welcomed to Heaven’s glory into the arms of Jesus Christ his Lord and Savior. Arrangements pending. Thank you to everyone who has lifted us up in prayer. ❤️ pic.twitter.com/135IWfgC7s

Statement from @RepHartzler on the death of staffer Steve Walsh, who died after a battle with COVID-19. pic.twitter.com/juJbfDz0Is

RELATED: Rep. Vicky Hartzler is one of the most vicious opponents of LGBT rights in the House, which is saying something. She appeared on JMG in 2019 when she hosted ex-gay torture advocates in her office next door to Rep. Ted Lieu, who had introduced a bill to ban the practice. Hartzler was among the 146 GOP House reps who voted to overturn the presidential election. Before being elected to Congress, Hartzler headed the Missouri Coalition to Protect Marriage, which in 2004 backed the successful campaign to install a statewide constitutional ban on same-sex marriage. Hartzler has compared same-sex marriage to incest and pedophilia.