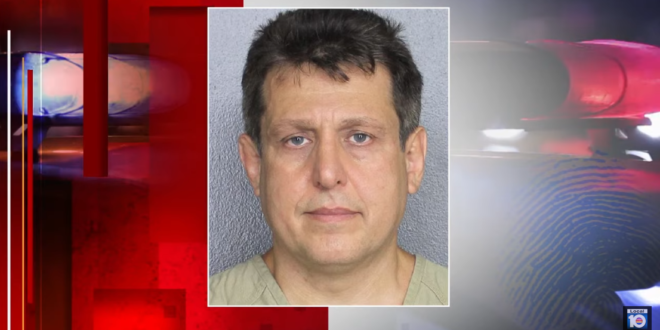 A Fort Lauderdale father was arrested in front of Ft Lauderdale High School on Wednesday. For the fifth time since Broward Schools resumed in-person learning, Dan Bauman, 50, walked his daughter, Isabel, to school. Isabel is a 10th grader in her first year at Ft Lauderdale High. She has refused to wear a mask and has been turned away each day by the administration.

On Wednesday, a student approached Bauman and said “I’ve had enough for four days” and attempted to grab his cellphone as he was recording, according to the arrest report. Bauman pushed the student in the shoulder and then “grabbed her hand and twisting her arm in an aggressive manner,” according to the report. He was immediately taken into custody and has been charged with aggravated child abuse.