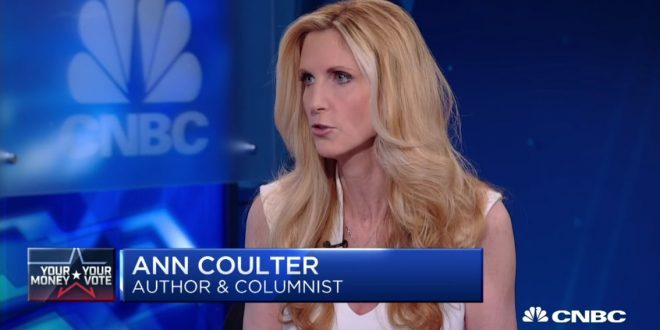 Ann Coulter Hails Biden For “Having The Balls To Bring Our Troops Home,” Which “Wuss” Trump Did Not Do

President Joe Biden received praise from an unlikely source on Tuesday: Ann Coulter. Biden had just concluded his address to the nation on the U.S. withdrawal from Afghanistan, ending a war that had lasted 20 years. The president has been criticized for failing to anticipate the rapid crumbling of Afghan security forces in the face of the Taliban’s advance. After the president’s address, Coulter took to Twitter and thanked Biden “for keeping a promise Trump made, but then abandoned.”

Coulter last appeared on JMG in November 2020 when she said she was glad Trump lost because “another term would have killed us, we need Trumpism without Trump.” Earlier in 2020, she called Trump a “shallow and disloyal retard, a whining blame-shifting fruitcake.”

Thank you, President Biden, for keeping a promise Trump made, but then abandoned when he got to office. https://t.co/S3LvPn79iZ

Trump REPEATEDLY demanded that we bring our soldiers home, but only President Biden had the balls to do it.