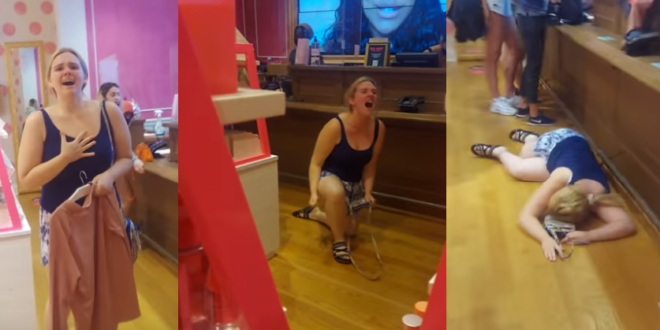 The Millburn Police Department is investigating the reactions of police officers who responded to The Mall at Short Hills last weekend on a report of a dispute between Black and white shoppers. “The Internal Affairs Division is now investigating the matter to evaluate how the officers conducted themselves,” the police department said in a statement, which noted no disciplinary action had been taken against the officers.

In a series of videos recorded by Ijeoma Ukenta that went viral, the white woman appears to raise her hand to Ukenta, who is Black, to either hit her or swipe at her phone. The police report states Ukenta started taping the white shopper, which caused the white woman “to go into a panic attack, at which time she followed her to get her to stop videotaping her,” the report states.

The videos, which have millions of views on YouTube and TikTok, are narrated by Ukenta as the screaming woman alternates between charging at her and throwing herself to the floor. Customers and Victoria’s Secret staffers mostly pretend that the utterly bizarre incident is not unfolding amongst them. Ukenta filed a complaint after police refused to remove the screaming woman from the store, saying no crime had been committed.