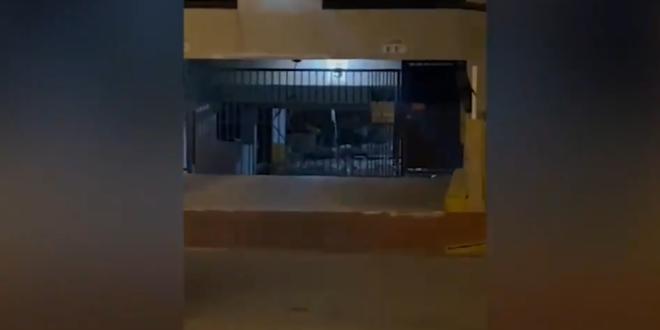 Video recorded at Champlain Tower South minutes before its deadly collapse Thursday appears to show water pouring out of a ceiling in a parking garage and rubble on the ground, ABC News has confirmed.

Adriana Sarmiento told ABC News that she and her husband were on vacation and swimming in the pool at the nearby Bluegreen Vacations Solara Surfside Resort when they heard a loud noise.

They went out into the street to investigate and recorded water flowing from the parking garage and what appears to be rubble on the ground. Phone records show that the video was recorded at 1:18 a.m., minutes before the collapse.

The part of the parking garage shown in Sarmiento’s video was identified in 2018 by engineer Frank Morabito as having major damage to the concrete slab above.

The damage, he wrote, was caused by a design error that caused the waterproofing on the pool deck to fail, allowing water to seep into the concrete and corrode the internal rebar.

Other eyewitnesses also described seeing the pool deck fall into the garage below in the same general area where the rubble can be seen in Sarmiento’s video.