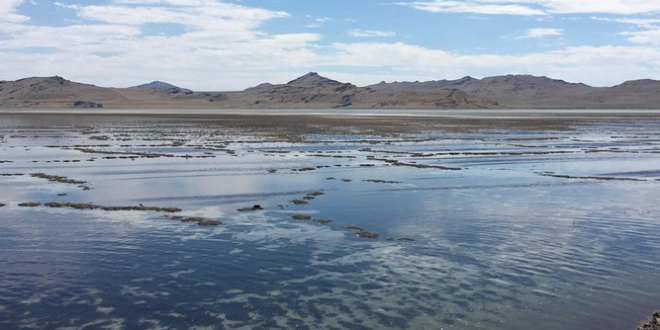 Amid the West’s historic and climate-driven mega-drought, Utah’s Great Salt Lake has dipped to what some are calling a “historic” low.

While the shallow body of water previously covered an area roughly the size of Delaware, the state’s Utah Rivers Council reported at the end of June that United States Geological Survey data showed the Great Salt Lake had dropped to a level of 4,191.2 feet.

Receding waters have impacted local wildlife and sailboats have been hoisted out of the water. The exposure of additional dry lakebed could send arsenic-laced dust into the air. As temperatures rise during continuous heat waves and wildfires continue to blaze, Utah Gov. Spencer Cox has begged residents to cut back on water usage and “pray for rain.”

The #GreatSaltLake just hit a NEW historic low of 4,191.2 ft. Most terminal basin lakes around the world have completely diminished due to upstream diversions & #ClimateChange. We have a chance to change, we need only the political will power.#savewaterhttps://t.co/OTrcPPT0n6

We showed some of this on @fox13 last night, but here’s SkyFOX over the Great Salt Lake by Saltair.

You can see how low the lake level is… #utpol #Utah pic.twitter.com/BAt269loUT