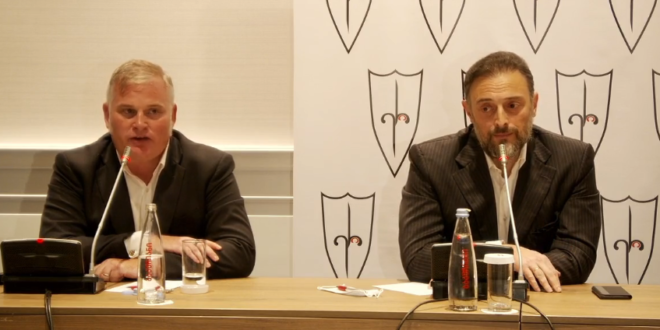 Just weeks before Tbilisi Pride the ultra-conservative Georgian activist, Levan Vasadze, who is affiliated with the group that organised the counter-protests, held a press conference at the Tbilisi Marriott Hotel. Seated next to Vasadze as he announced his intention to enter Georgian politics was the American anti-LGBT activist Brian Brown. The moment encapsulated how even as US president Joe Biden tries to normalise US foreign policy, Trump allies continue to work to promote illiberalism abroad.

Brown vowed at the press conference to engage support for Vasadze in the US, including from Steve Bannon, while also teasing the promise of support from “president Trump himself.” Brown did all of this despite his 501(c)3 non-profit, the International Organization for the Family, which includes the World Congress of Families, being barred from campaigning for or against political candidates under US law. American authorities should take action.

As I’ve reported, last week a mob of anti-LGBT extremists and Orthodox priests ransacked the office of Tbilisi Pride and attacked dozens of journalists, one of whom died of his injuries this week.

The piece goes on to note that Brown is also nurturing friendships with anti-LGBT Hungarian prime minister Viktor Orban and with far-right Italian leader Silveo Matteo.

As noted by Right Wing Watch at the time, Brown also accompanied Vasadze when he organized “illegal gangs” to protest Tbilisi Pride in 2019. Video of Brown at that protest is still on Facebook.

❓Who are behind the radical forces that attacked Georgia’s LGBTIQ+ ?