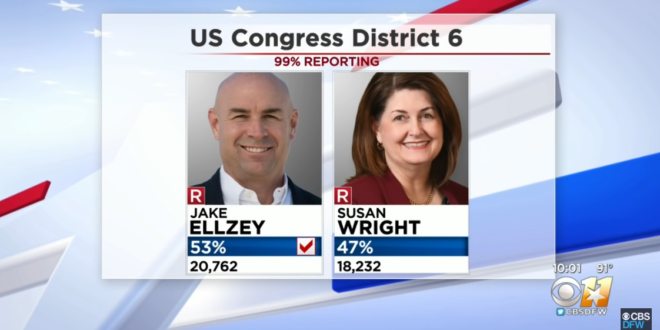 Ellzey, a Navy veteran who ran on border security and stopping the Democrats’ congressional agenda, defeated Susan Wright, the widow of Rep. Ron Wright, whose death this year after contracting the coronavirus created a vacancy in Texas’s 6th Congressional District.

Although Ellzey did not criticize Trump during the campaign, his allies suggested that the former president made a mistake by endorsing a first-time candidate who struggled to raise money and held few campaign events.

Read the full article. You may recall that Wright was targeted with a vicious robocall campaign accusing her of having murdered her husband by giving him COVID.