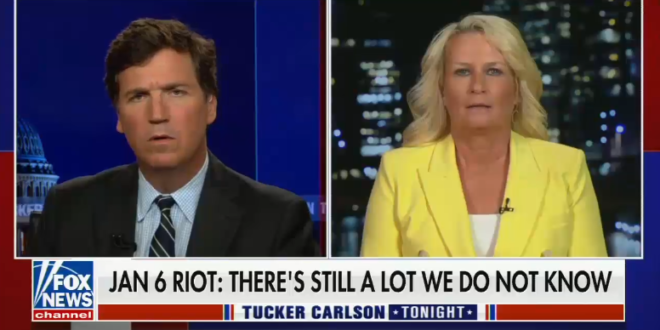 “I mean, if you are holding people in solitary confinement in DC jails for non-violent crimes at some point they become political prisoners. I try not to use that phrase, you know you don’t want to hype anything or sensationalize. But, at what point does it become a political prosecution?” – Tucker Carlson, comparing Joe Biden to Putin in a piece about the right wing attempt to name the officer who shot Ashli Babbitt. His guest claims Capitol police were “provoking” the “peaceful protesters.”